Have an idea for a new gyro range gear housing jig? Drop it in the Benny Suggs box! Back in the day, the Yardbirds at Mare Island Naval Shipyard were encouraged to provide Beneficial Suggestions for improving operations at the shipyard. Those with worthwhile ideas were rewarded (could be a couple hundred bucks, or as a former Yardbird told us, an ashtray... she doesn’t smoke). In 2018, we gave our Yardbird beer club members an opportunity to give us some suggestions. Suggest a beer style, and then assist us through the entire brewing process in making it. This red ale turned out to be a very beneficial (and delicious) suggestion indeed. We suggest you try it. 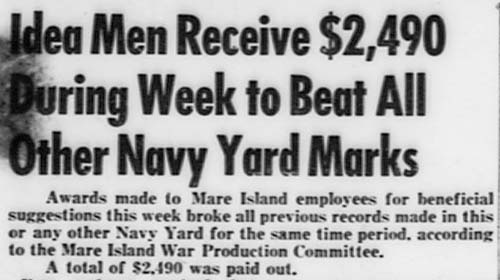 The Yardbirds of Mare Island were a bright bunch. They set a Navy record in 1945, earning the equivalent of over $40K for their beneficial suggestions. 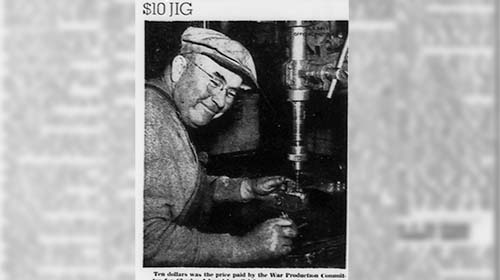 In a 1945 edition of the Mare Island Grapevine, shipyard worker Charles Adams shows off his beneficial suggestion of a "jig for drilling cotter pin holes" that earned him $10. 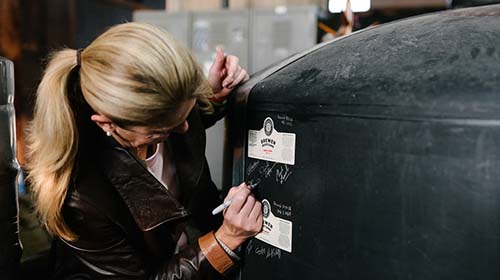 One of our Yardbird beer club members signs the original Benny Suggs Red Ale label after completing the Brewer Bootcamp series that spawned the recipe.