Admiral Rickover sent the USS Halibut, one of his treasured Mare Island nuclear submarines, to search by periscope for a “cable crossing” sign in Russian. This was the Soviet’s Sea of Okhotsk, where we were certainly not welcome during the Cold War. The Soviet Navy’s key communications cable was found, the Halibut hovered at 400ft, and two covert divers attached the recording device; top-secret operation “Ivy Bells” had begun. For the next 20 years, subs from Mare Island returned monthly to swap the recording tape. We dedicate this cold-fermented lager to the steely resolve of Mare Island’s cold war submariners. 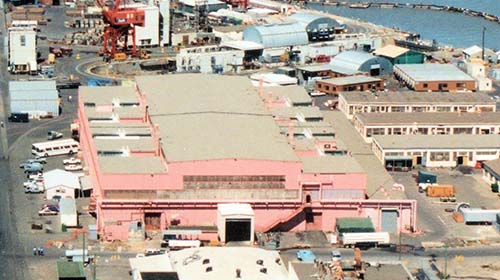 The "Pink Palace" on Mare Island where the Operation Ivy Bells was hatched. The building got its hue from exterior modifications to ensure no electronic communications from inside could escape. 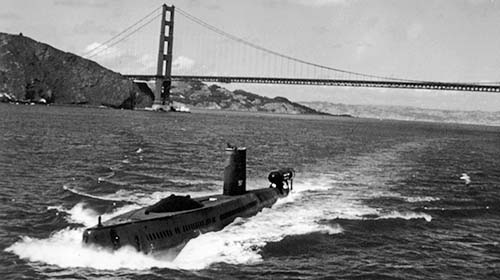 The USS Halibut was built at Mare Island, and later outfitted with specialized espionage equipment at the shipyard. Here she is departing San Francisco in the mid-1970s. 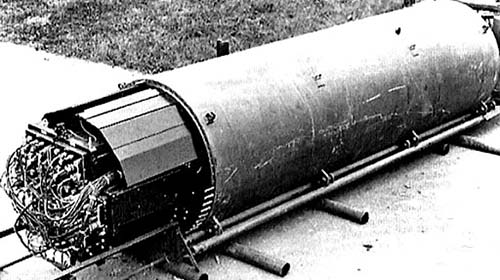 The 6 ton listening device that was attached to the Soviet Navy's key communications cable, deep in the Sea of Okhotsk.