It is 1969. The brand-new nuclear sub USS Guitarro is docked at Mare Island, deck hatches open. One work crew test-fills the aft ballast, while a totally separate crew fills the fore ballasts to trim the ship. The workers return from lunch just in time to see the ship sink in the Napa River, costing millions and earning the Guitarro the nickname “Mud Puppy.” Though one of the most embarrassing mistakes in the Island’s history (the shipyard even took up a collection to attempt to reimburse the government), the Mud Puppy was eventually raised, overhauled and went on to serve the fleet with distinction for 20 years. 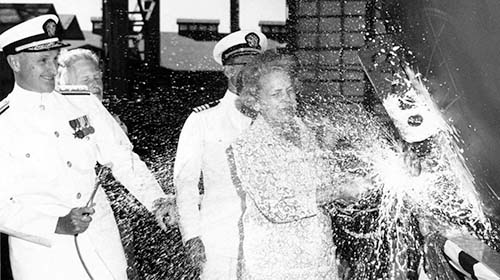 Mrs. John McNay Taylor christens the Guitarro shortly before its launch at Mare Island on July 27, 1968. 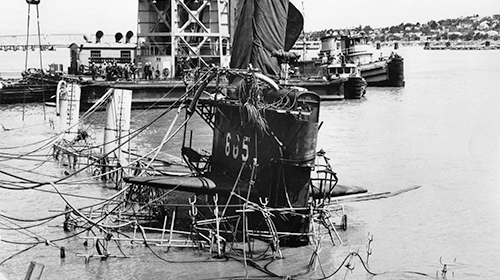 Raising the Mud Puppy. It needed over $20 million in repairs, which prompted the workers on Mare Island to take up a collection to try to repay the US government. 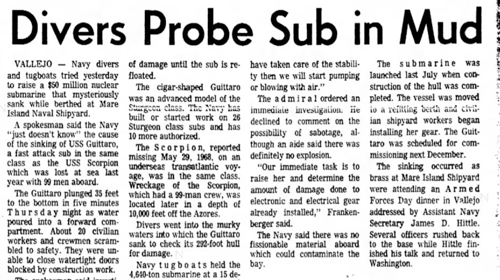 An article published in the Oakland Tribune on May 17, 1969 stated the $50 million dollar Nuclear submarine "plunged 35 feet to the bottom" of the Napa River in just five minutes.