Buckets in hand, sailors from the Imperial Russian Fleet—visiting the Bay by invitation from Lincoln himself—poured off their docked ship, rushing to aid in the fight against the fire. The conflagration of 1863 had consumed the financial district, and was on the verge of consuming the entirety of San Francisco. The newspaper later reported that—when it was all over—the exhausted local firefighters thanked the Russians with their best bottles of beer. Six tombstones in the Mare Island cemetery read “Unknown Russian Soldier,” marking sailors fallen during the firefighting. We share this beer to honor them … and their buckets. 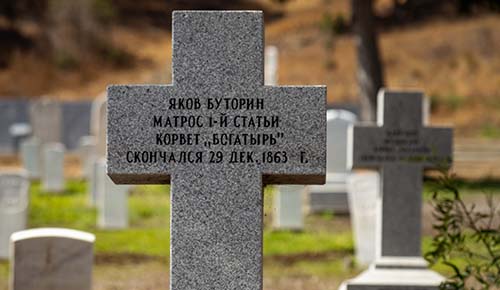 Six Russian sailors who perished in the San Francisco fire of 1863 are buried at the Mare Island Cemetery. 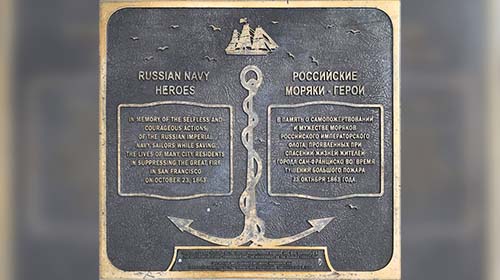 "Russian Navy Heroes" - a plaque near Pier 7 along the Embarcadero in San Francisco commemorates the sailors who lost their lives fighting the fire. 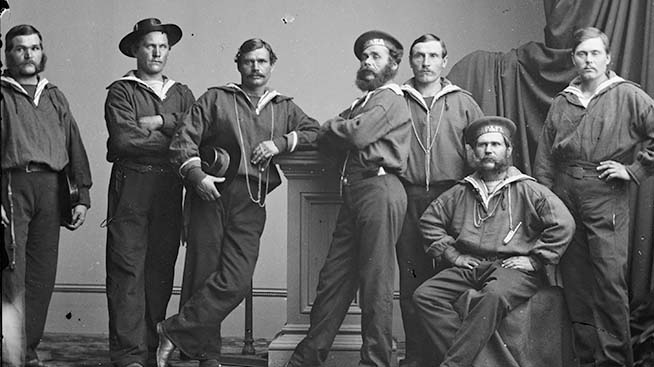 A group of Russian Imperial sailors visiting the US in 1863. These men served on the Variag – the ship that was docked in San Francisco when the fire broke out.