It all started with secret meetings and impromptu discussions on the way to work at the shipyard. Then in 1961, this small group of African-American workers – who came to be known as the Mare Island Original 21 – took action. Risking their jobs and livelihoods, the group filed a complaint with Washington, D.C. detailing decades of discriminatory labor practices at the shipyard. Their actions led to sweeping change at Mare Island Naval Shipyard, inspired similar reform across the US, and influenced the Civil Rights Act of 1964. A commemorative stone honoring their efforts rests on Mare Island near our brewery – and with this brew, we toast to their legacy. 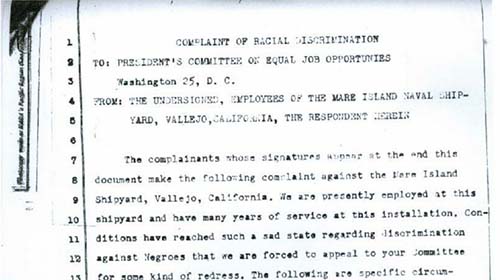 On November 17, 1961 the Mare Island Original 21ers filed a complaint of racial discrimination with the President's Committee of Equal Job Opportunities, setting major reform in motion. 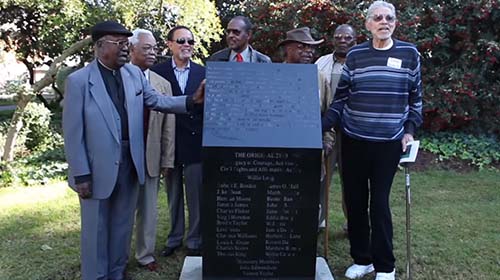 In 2010, a commemorative stone honoring the contributions of the Mare Island Original 21ers was unvieled at Alden Park on Mare Island, across from Shop 56 where many of the men had worked. 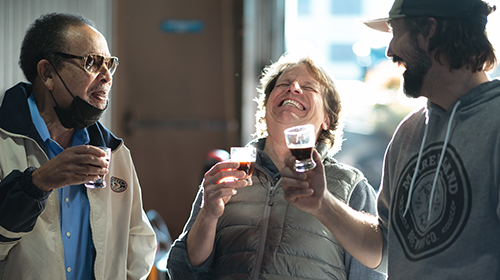 We were honored to have Jake Sloan, one of the Original 21ers, drop by our brewery during the inaugural canning of The 21ers Black Lager to share his amazing story (and even a few laughs) with us.