Before radio, there were…homing pigeons. As the earliest ships departed Mare Island, they brought with them three birds from the pigeon coop maintained on the highest point on the Island. Ships would then communicate—one way, mind you—by releasing a pigeon (message tied to its leg) at the mouth of the SF Bay, a second bird from 20 miles out to sea, and a third as needed (the record for a pigeon’s return was 452 miles!). Weather, waves, enemies, emergencies…all these critical communications were carried by three pigeons. We dedicate this three-hop IPA to those heroic messengers.

The pigeon loft at the top of Mare Island where the Navy's homing pigeons were kept. 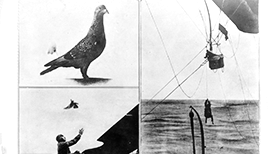 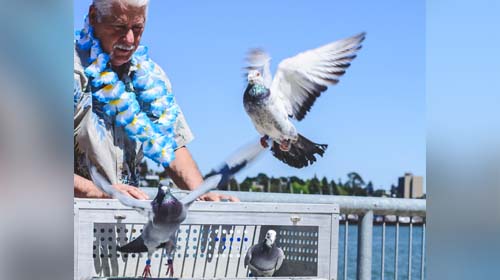 Former Mare Island Naval Shipyard worker and pigeon fancier, Norm, releases a few of his homing pigeons to celebrate the release of our Three Pigeons IPA at the Spring 2021 Yardbird Party.