Yardbirds! Buckle up your fanny pack, and get ready to relive your glory days. For this fall's Yardbird Pick-up Party, we're taking you back to the 1980s.

Join us on the waterfront for an '80s themed Pick-up Party, and cornhole tournament. Enjoy cold pints, some creative 80s inspired dishes from Chef David, and your favorite jams from the decade. We've got a few surprises for you too. And don't forget to dress to impress.... you know the MIBC crew will. 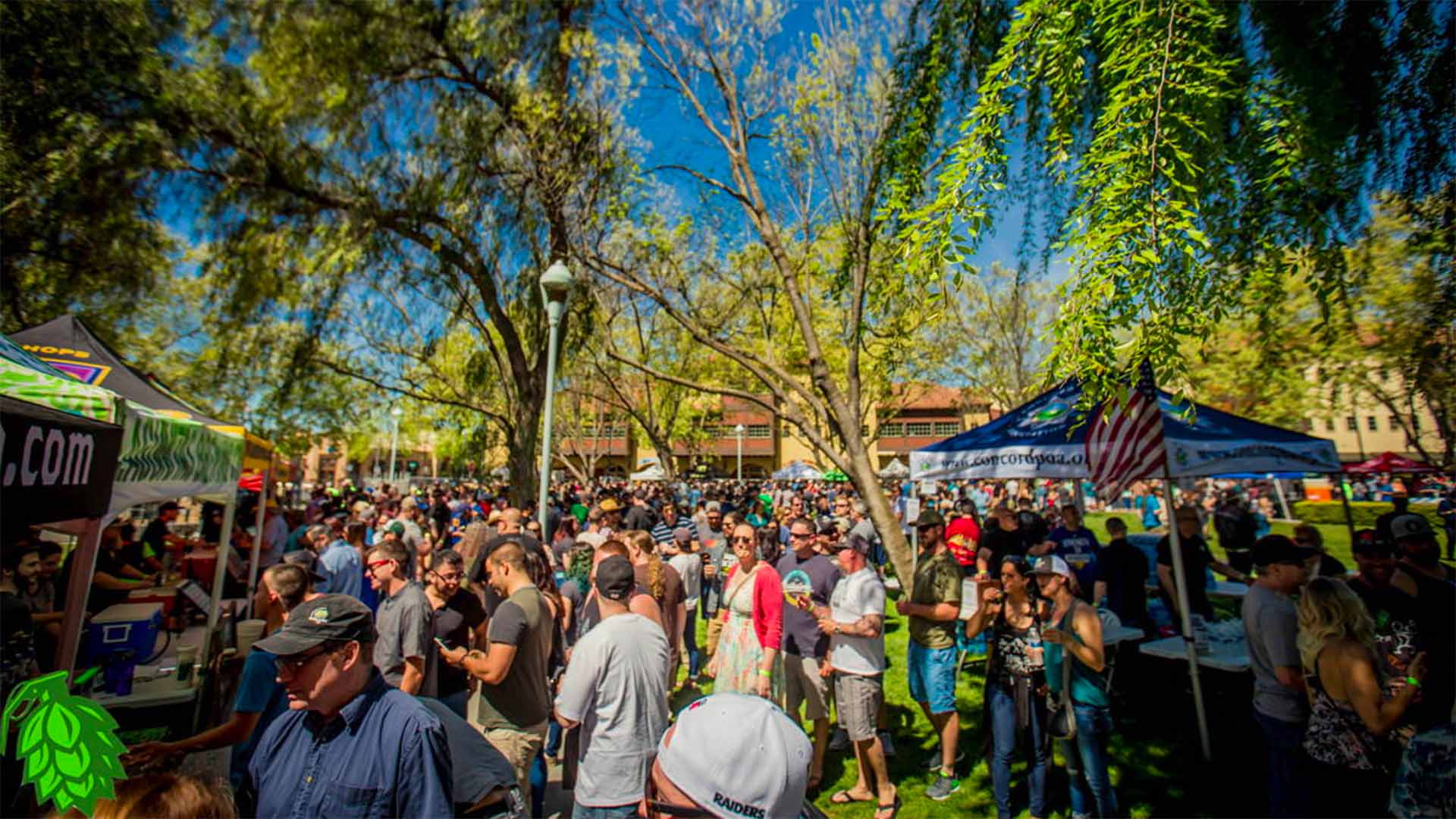 Visit Us At The Spring Brews Festival

The Brewing Network’s Spring Brews Festival returns to Todos Santos Plaza in Concord to celebrate its 11th year as one of the best craft beer festivals in the Bay Area! We'll be there pouring brews, along with over 50 other craft breweries. Stop by our tent to sample our brews, and meet our crew. 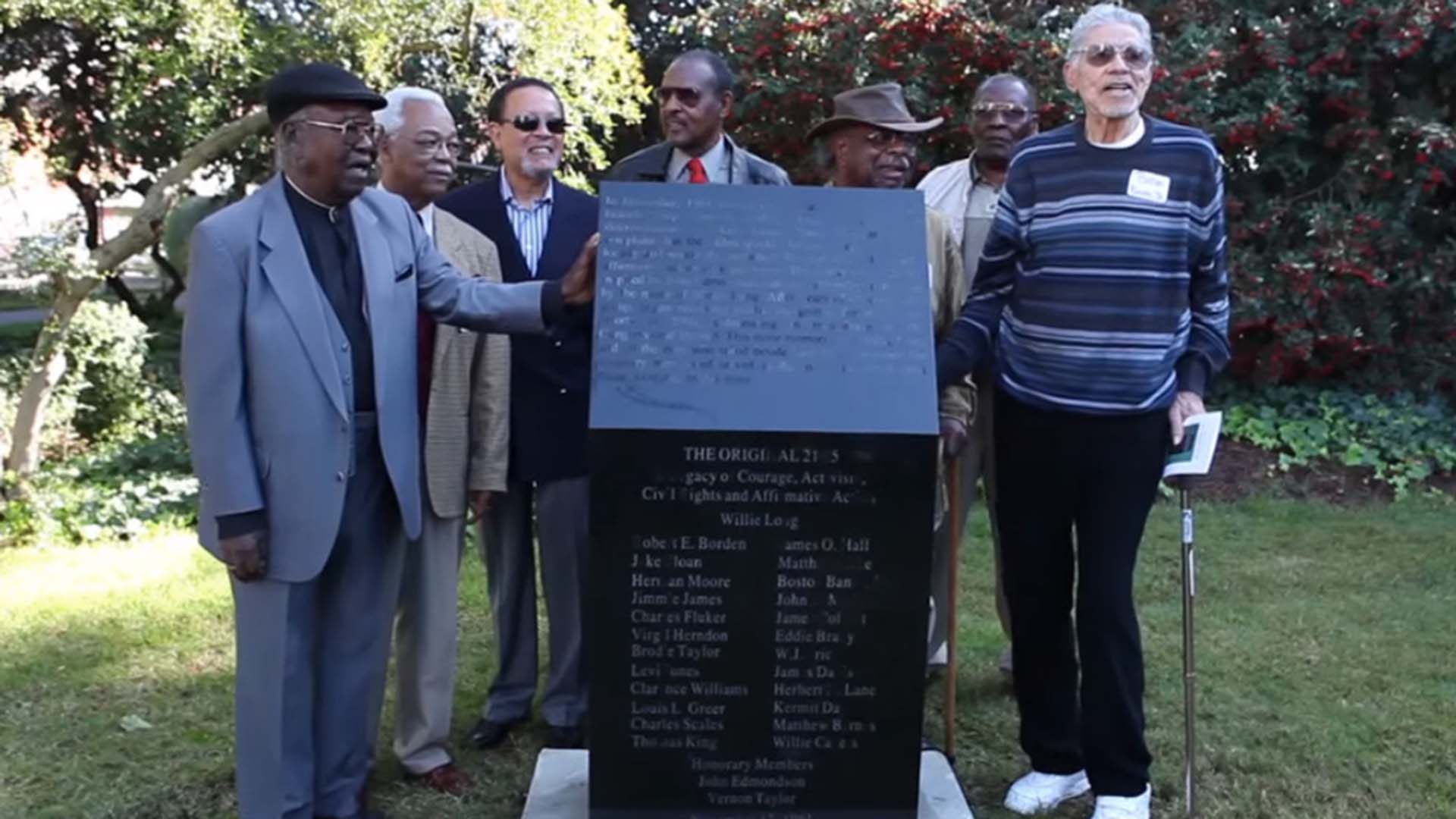 The Legacy of The Mare Island Original 21ers

To mark the release of “The 21ers” Black Lager, we're hosting a special release event during SF Beer Week highlighting the people and historic Bay Area civil rights movement that inspired the beer. Join us at our Coal Shed Brewery to celebrate the release and enjoy a short speaking program (approx. 30min.) about the Mare Island Original 21ers, and how their actions in the 1960s led to major reform in decades of discriminatory labor practices at Mare Island Naval Shipyard and beyond.

The event is free to attend, but RSVP is required.

Author, activist, and Original 21er Jake Sloan will be speaking on his experience fighting for civil rights at Mare Island. He’ll also have the latest edition of his book, Standing Tall: Willie Long & the Mare Island Original 21ers – just revised this January – available for purchase and signing.

About the Mare Island Original 21ers

On Nov. 17, 1961, a small, determined group of African-American workers on Mare Island Naval Shipyard bypassed their shipyard bosses, and complained directly to a Washington, D.C., committee that they faced racial discrimination in hiring, working conditions, pay, training, and promotions.

The efforts of that group, known as the Mare Island Original 21ers, led to sweeping change in the unequal labor practices at the Mare Island Naval Shipyard. Most of the 21ers were eventually promoted to positions previously unavailable to them, and their efforts played a part in influencing the Civil Rights Act of 1964, the Equal Employment Opportunity Commission, and other affirmative action that continue to benefit African Americans across the United States today.

In 2007, Congress officially updated the Congressional Record to recognize the role of the 21ers in remedying racial discrimination at the shipyard. In 2010, a commemorative stone honoring the members was unveiled at Mare Island’s Alden Park, not far from our Coal Shed Brewery. 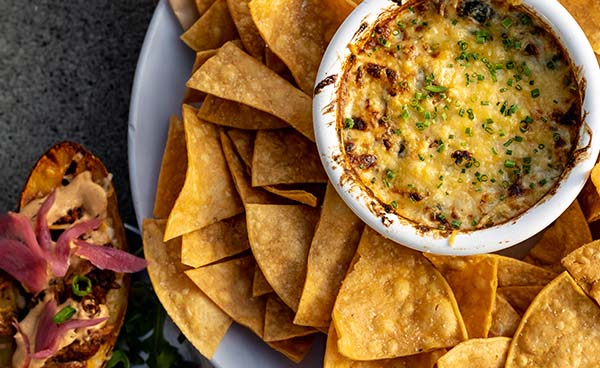 Join Us for The Super Bowl

Catch the Super Bowl with us at one of our three taprooms, and enjoy these awesome game day specials.

Braised Beef Rib finished with our Porter BBQ Sauce, served with a side of Pickled Veggies 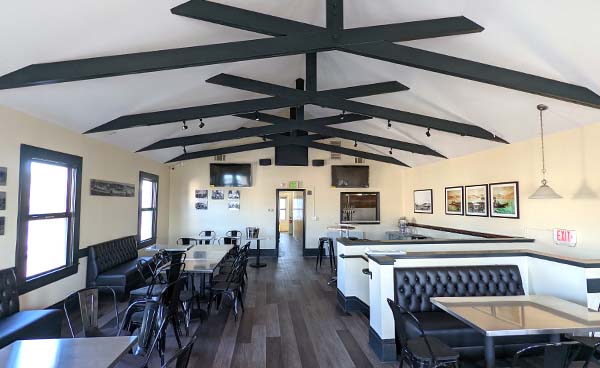 Since we opened the First Street Taphouse back in June of last year, we've been chipping away at renovating the 2nd floor. Well, we're pleased to say that The Benicia room is now up and running for special/private events!

Here's what we've been up to upstairs:

Join Us for the Super Bowl

We'll have the Benicia Room open for the Super Bowl. Come check it out, and enjoy some epic game day specials while you're here. Beef Ribs, Loaded Papas Bravas, and killer craft beer do anything for you? 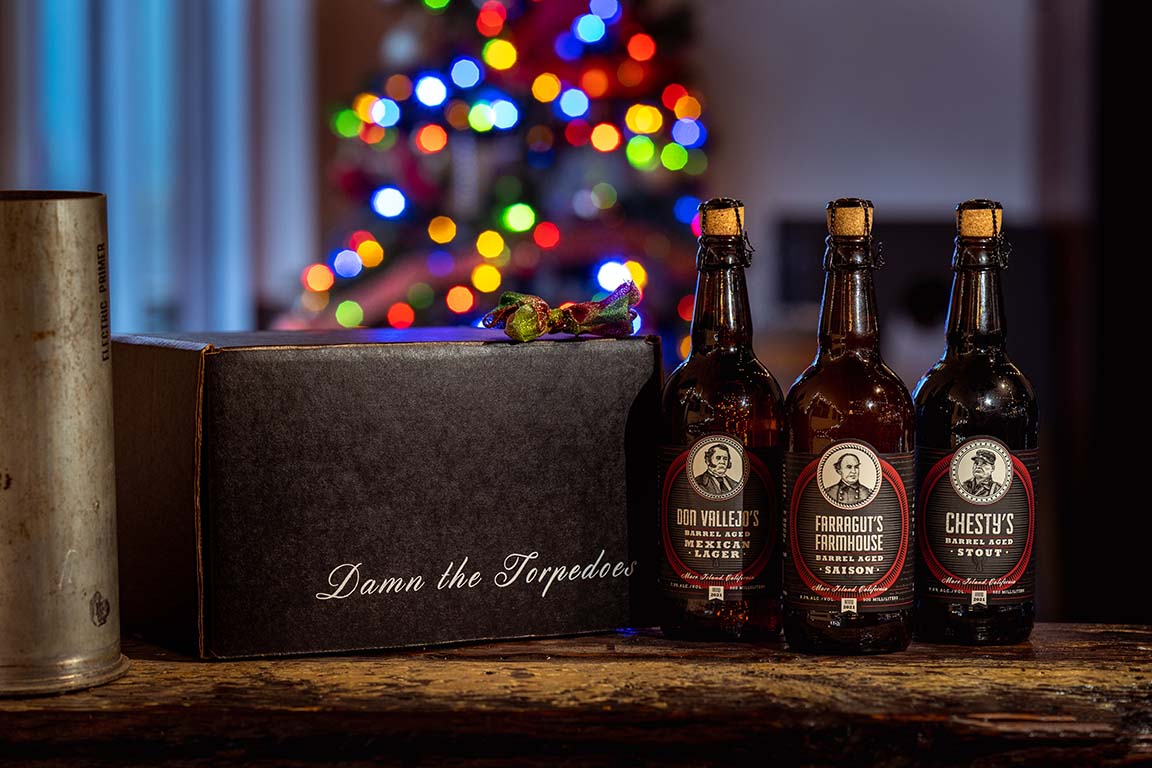 Farragut's Barrel Aged Farmhouse Saison | 8.3% ABV
While this saison has been in our line-up since the early days, we've never bottled it until now. Aged with souring yeast in white wine barrels from White Rock winery in Napa, each batch develops its own unique variations during barrel aging and blending.

Chesty's Barrel Aged Stout | 9% ABV
A robust and hearty brew for the Holidays. Chesty's begins with our Coal Shed Stout, and then is carefully aged in former rye barrels from our Mare Island neighbors at Savage & Cooke Distillery. 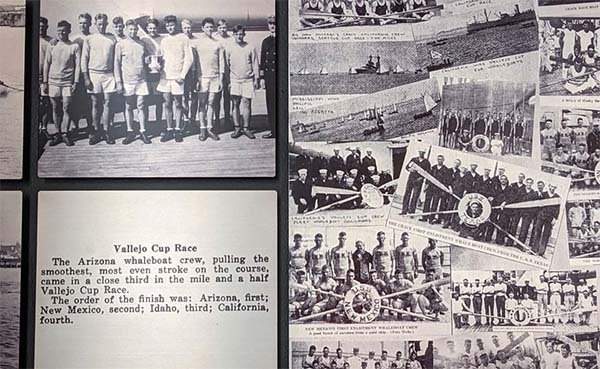 We recently took over the suite connected to our Coal Shed Brewery, and built a portal to connect the two spaces. The new space is our Whaleboat Room - a private event space and beer garden dedicated to the amazing heritage of whaleboat racing on the Mare Island Strait. 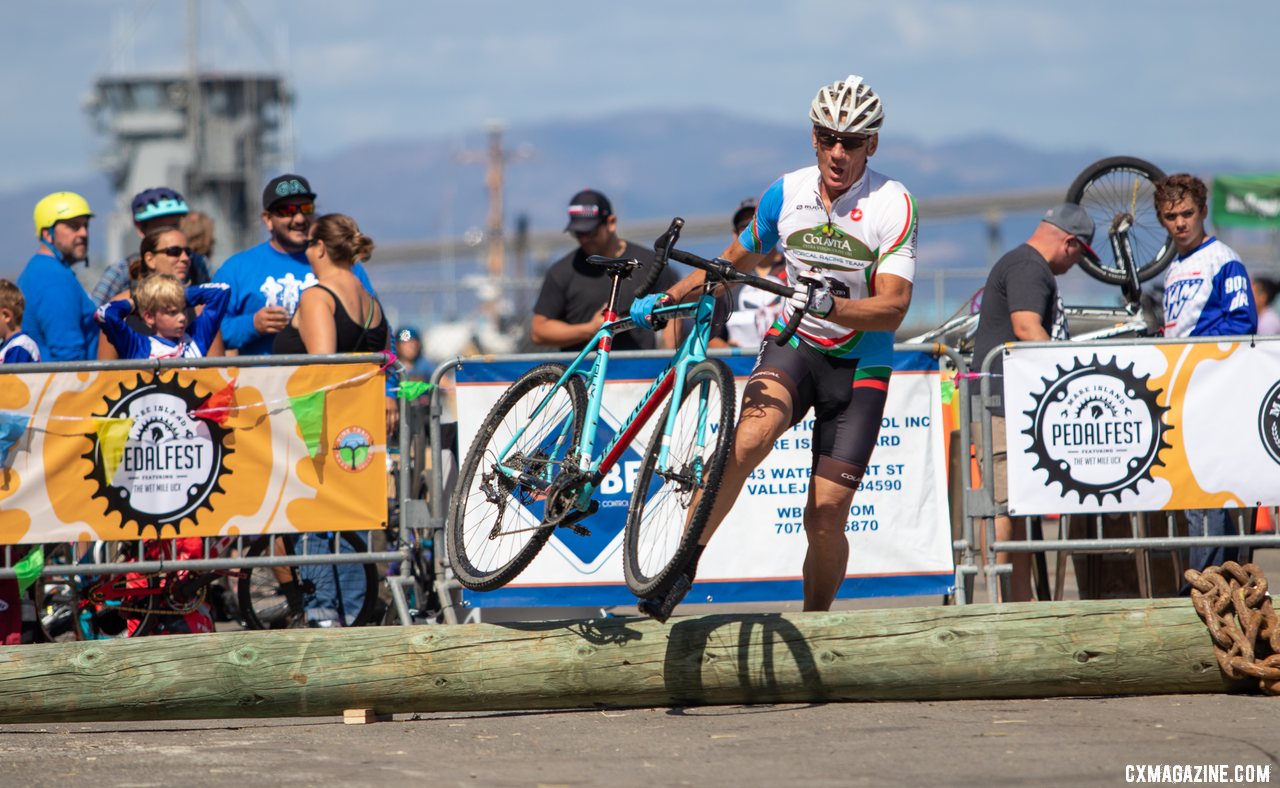 Cyclocross Magazine – If there’s one race for a Northern California-based cyclocross racer to attend to make lasting memories, it’s the Mare Island PedalFest on September 26, 2021. The event brings urban cyclocross, spectator-friendly obstacles and refreshments and cyclists of every discipline together to enjoy a day in a unique, scenic, historic area. In 2019, Olympian bike racers took part in the event’s rodeo and relay race. 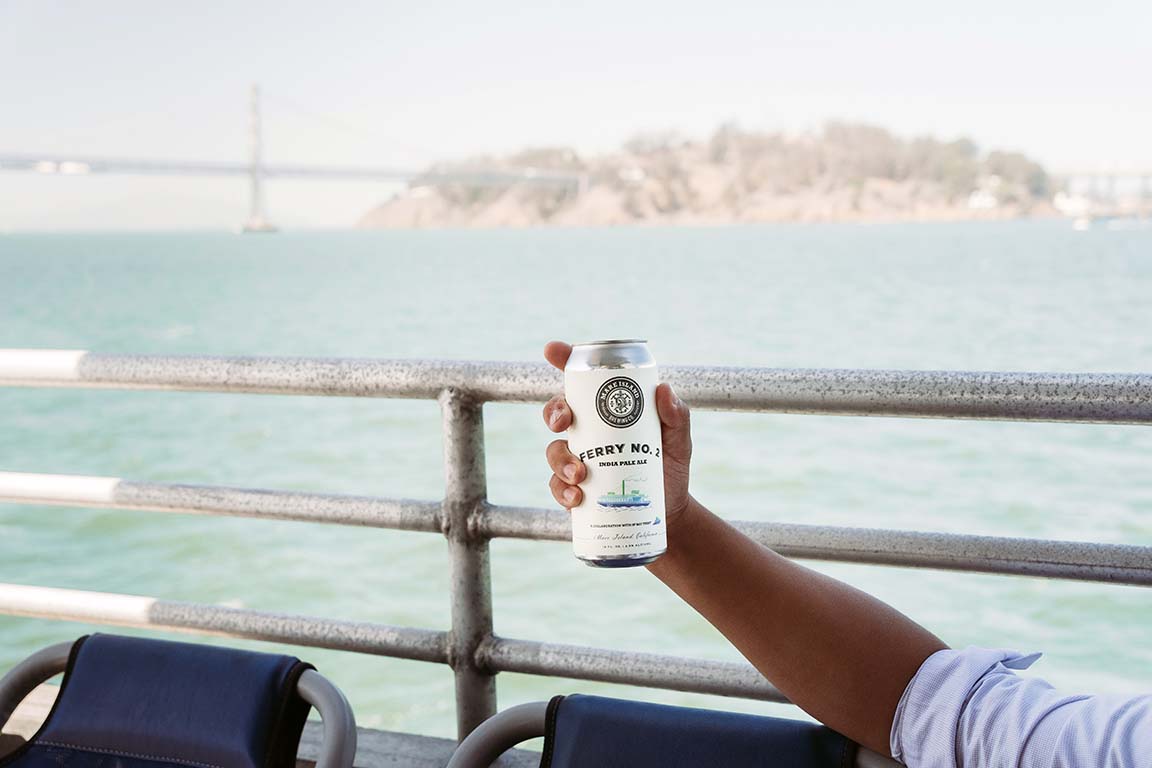 We're excited to announce our new collaboration with San Francisco Bay Ferry for their Brews with Views project!

Together with our friends at East Brother Beer Co. in Richmond, and Faction Brewing in Alameda – we’ve each brewed a unique ferry-themed beer celebrating our communities, and the SF Bay Ferry routes that connect them.

Look out for our Ferry No. 2 IPA on select SF Bay Ferry routes (including the Vallejo–SF route). And if you're ferrying from the Vallejo terminal, make sure to stop by our Ferry Taproom and pick-up a special voucher that will get this brew in your hand for only $1.

History Behind The Name:

Ferry No. 2 was built in 1879 in Oregon, and plied the waters of Portland before being brought to the Bay Area in the 1890s. Here she was renamed “SS Vallejo”, and served as a passenger ferry transporting visitors and shipyard workers between Vallejo and Mare Island for 50 years. After WWII, she was sent to Sausalito to be scrapped, and her story would have ended there had it not been for the local artists who bought her. She was converted into a houseboat and art studio, and over the years hosted gatherings among countercultural luminaries (including the famous “Houseboat Summit”). Timothy Leary, Alan Ginsberg, Janis Joplin, and Jack Kerouac have all partied aboard her storied hull. She sits in Sausalito to this day, and with this IPA, we toast to her legacy. 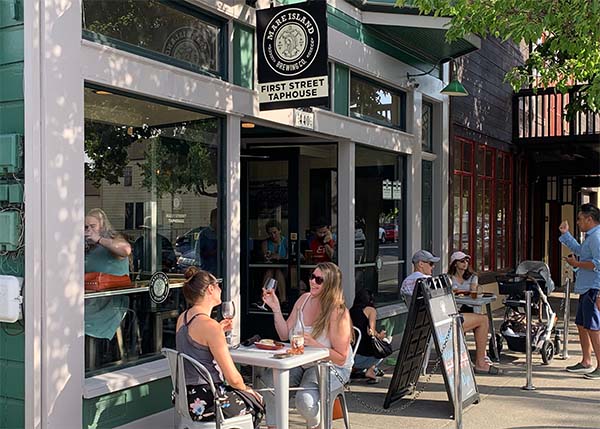 Our First Street Taphouse is Live!

Over the past year, we've been working hard updating this beautiful historic Victorian-era building in downtown Benicia (our 3rd and newest location). We've got 12 taps of our tasty brews, wine and stellar food from Chef David. Swing by for pints, bites, or even just to grab some beers to-go! 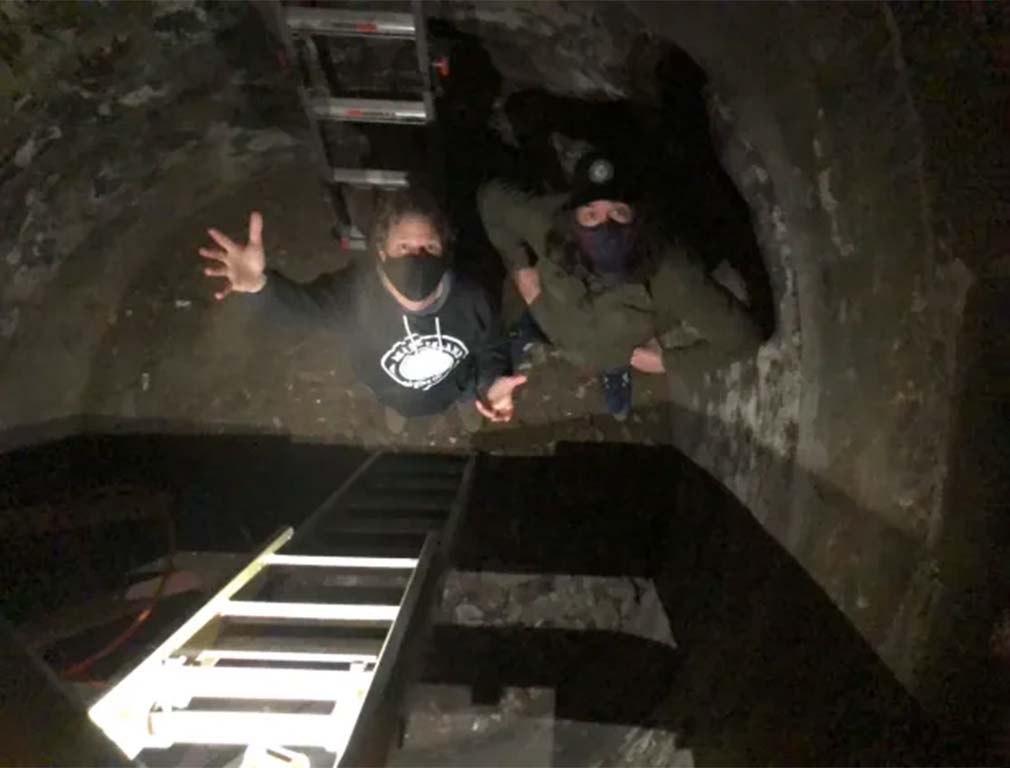 A time capsule is ‘brewing’ in Benicia

That being said the co-founders of the company have decided to go back to the future.

When Kent Fortner and Ryan Gibbons began remodeling their new Benicia location at 440 First Street, they discovered a large cistern (an historic water-holding tank) under the building. To celebrate the eventual opening of Mare Island Brewing Co.’s newest venue, the co-owners have decided to turn the cistern into a time capsule to commemorate the uniqueness of 2020 and 2021 with the intent to reopen the time capsule in 2031 (at the earliest). 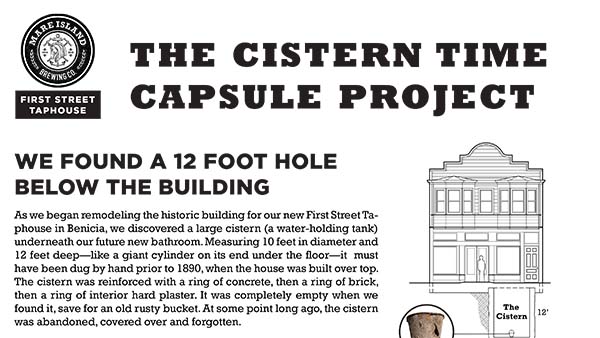 During the remodeling for our new First Street Taphouse in Benicia, we discovered a huge cistern (a water holding tank) below the floor of the building. Actually, one of our contractors almost fell into it when he stepped through a piece of plywood covering the hole.

The cistern dates back to the 1800's, and is about 10 feet in diameter and 12 feet deep. It was dug by hand into the limestone below the building, and was completely empty save for a rusted out bucket. At some point long ago it was covered up, and forgotten about.

We racked our brains about what to do with it, and decided to turn it into a time capsule to commemorate this challenging year that was 2020, and look to a brighter 2021.

We Invite You To Participate

We'd love to have you contribute your mementos to the time capsule. The time capsule will be sealed with a hatch in the floor, and marked by a commemorative plaque. We'll be liberating it in 10+ years.

SAT, FEB. 6th | 9A - 12P:
Bring us your time capsule contributions! We'll be outside the First Street Taphouse doling out free coffee, and accepting items.

For submission guidelines, examples of what to bring, and more information about the project checkout the giant flyer in the window at the First Street Taphouse, or download it below. 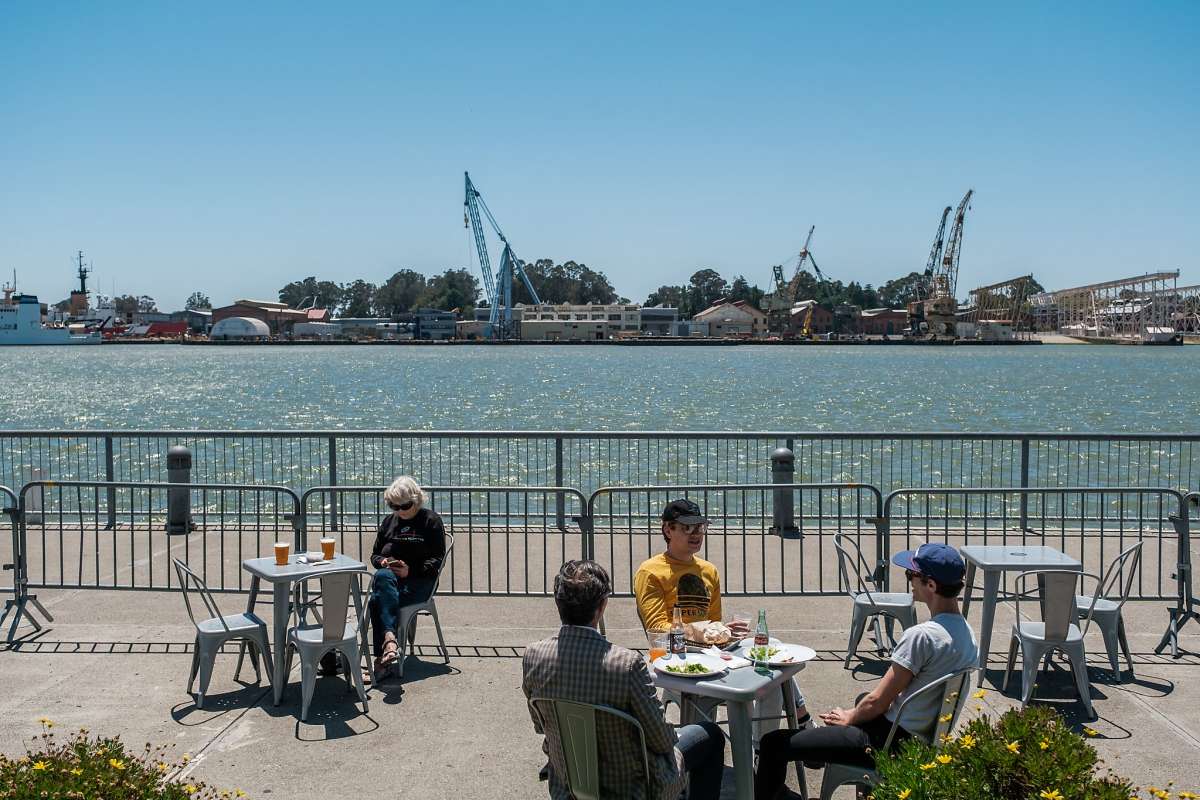 San Francisco Chronicle – While some vaccinated diners are eager to dine indoors and burn their masks, others are still feeling more cautious this summer — and that's perfectly OK. Fortunately, the Bay Area offers many waterfront dining options with beautiful outdoor setups that feel celebratory regardless of vaccination status.

Read ArticleRead Article
Previous
By using this website, you agree to the storing of cookies on your device to enhance site navigation, analyze site usage, and assist in our marketing efforts. View our Privacy Policy for more information.
Sounds Good